A movie that breaks down masks and prejudices. Fluorescent neon atmosphere and cosy nightclubs.

"Berlin Alexanderplatz" is a film by Afghan-born German director Burhan Qurbani, released in cinemas on August 5, 2020. It is a contemporary adaptation and interpretation in today's Berlin of Alfred Döblin's famous novel with the homonymous title published in 1929.

It is the story, or rather the destiny of a refugee, Francis, 30 years old. He comes from Guinea-Bissau, crossed the Mediterranean on a boat, lost his wife at sea and arrived in the German capital. He would like to be a good person, that's what he says over and over again, but when you are black, a refugee and without papers, life has a completely different fate in store for you. He quickly makes the sad observation that his clandestine existence does not allow him to lead an honest life and it is the spiral of delinquency that sucks him in. A dizzying descent into hell, drawn to the bottom by his disturbing sidekick Reinhold, a dark drug dealer with a disturbing character. He tries as hard as he can to stay on the right track and like a tightrope walker clings to his fate, but the rope breaks and he is catapulted into Berlin's underworld. Between flashy neon lights and muffled clubs accompanied by an ode of augury counted by a voice-over, this odyssey presents the fate of a man with a sinuous and uneven path, the fate of so many others forgotten and ignored. This movie on the edge of art film gives a voice and a face to those invisible people marked by stigmas and prejudices.

It is a breathtakingly grandiose movie that touches the heart. Touching characters who form the center of attention and narrative gravity of the film: the camera floats around them and carries the viewer away in a fatal whirlwind. A real plunge into the fascinating and sometimes disturbing Berlin underground, between clubs, traffickers, transgender people and prostitutes. Almost three hours of the dramatic, time-free destiny of a refugee, an allegory of all the others whose names are unnamed. The only negative point is a very present male gaze, still too well anchored in the cinema, which makes women passive characters, fragile little things, simple objects of the gaze and sexualized clichés often half-naked (or even completely naked). This is the case of Jella Hasse in the role of Mieze, a carefree blond girl who is a bit careless and frivolous under the influence of love, which makes her - let it be said - a bit silly.

Having said that, this film remains admirable, while keeping one's critical sense. Francis, the personification of all those who must remain in the shadows: this character brings to light what we don't want to see, at a time when our policies are increasingly contested and when there have never been so many refugee camps. A film that confronts a current truth and says what no one dares to say.

Additional information on the film: Production, distribution and awards 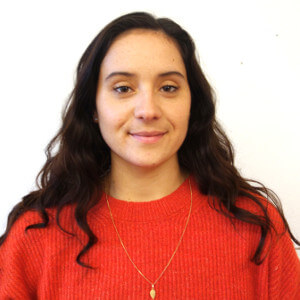 As a philosophy student, passionate about art and literature, I fell in love with the city of Berlin, which has become my home and daily inspiration. I love to walk its streets and let myself be surprised by what this constantly changing city has to offer, always on the lookout for new places.