Berlin is one of the most important film cities in Europe and the world. The Berlinale, the Berlin film festival that takes place every year in February, attracts actors and directors from all over the world. And the golden bear is one of the most prestigious film awards - along with the Cannes flippers.

Berlin has dozens of cinemas of all styles and sizes. We would like you to discover what the city has to offer in terms of the most alternative and original cinemas.

To start our series on the Berlin cinemas that thrill us, we talk about the latest addition to the Yorck group (14 independent cinemas in all, spread throughout the city), Delphi Lux, opened in April 2017 by Dieter Kosslick, director of the Berlinale. And we love it. We even admire it. The exeprience begins before the film, with hypnotic lighting effects, in small rooms and in an intimate atmosphere. But this has no influence on the quality of the films programmed there. And here the cinema wants to highlight European independent films, American independent productions and young filmmakers from all over the world, in the 7 theater rooms with their unique art-deco pop style.

The Delphi Lux is the latest addition to Berlin's vibrant film scene, but it has great ambitions and you will have the opportunity to see and meet the great directors of today and tomorrow. Most of the films are in their original version with German subtitles (which is not the case in most Berlin cinemas). 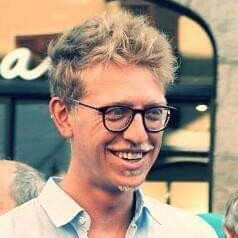