Berlin's modern history is closely linked to that of communism. In the city, this heritage is still clearly visible and the three Soviet memorials built in Berlin are actively involved. The first memorial is in Treptower Park, the second in Schönholzder Heide and the last in Tiergarten Park.

The history of the Russian memorial

The Tiergarten Memorial was built in 1945 and inaugurated on 7 November of the same year. He paid tribute to the Soviet soldiers who had fallen during the takeover of Berlin. It is located in the heart of the city, on the edge of the Tiergarten garden, just a few metres from the Reichstag, the Brandenburg Gate, Checkpoint Charlie and the Memorial to the Murdered Jews of Europe (Holocaust Memorial).

During the Cold War, the memorial was the subject of much controversy as it was built in the area of the Federal Republic of Germany (FRG), under the control of British forces. The rapid construction of the memorial, immediately after the takeover of Berlin - and before the division of the city into occupation zones - explains how such a building, whose symbolism was sensitive at the time, could have found itself in enemy territory.

Even more than its location, the controversy is growing over the continued presence of Soviet soldiers at the memorial. This presence, authorized by the government of the Federal Republic of Germany, made it possible to maintain and guard the memorial and to organize annual military parades for the celebrations commemorating the capture of Berlin. The memorial was therefore considered at the time to be a real Soviet enclave within the Western territory. During the Cold War, this Soviet presence in Western territory, as well as the holding of commemorative ceremonies, gave the site a singular, polemical and painful aura for many Berliners.

This symbolism is exacerbated by the proximity to the historic monuments of Berlin and Checkpoint Charlie, the crossing point of the most famous Berlin Wall. Put in the historical context, the Tiergarten memorial thus crystallizes the drama of a divided Berlin. As a sign of this permanent tension, the Soviet soldier guarding the monument was attacked and shot and wounded on 7 November 1970.

The architecture of the memorial amplifies this dramaturgy. The memorial is built in the form of a curved colonnade, a Soviet soldier stands in its middle and on the marble block where it stands is written "Eternal Glory to the Heroes Fallen in the Battle Against the German Fascist Occupiers for the Freedom and Independence of the Soviet Union!".

The presence of two Soviet guns and two tanks (model T-34, of those that entered the city first) was highly criticized until the fall of communism, with Western forces seeing it as a clear representation of the Soviet expansionist will.

The architectural style of communism, socialist modernist or Stalinist architecture approaching the brutalism, maintains permanent tensions between the two blocs and is perceived by the West as a real tool for propagation. The history of communist memorials is therefore closely linked to Berlin's political status. 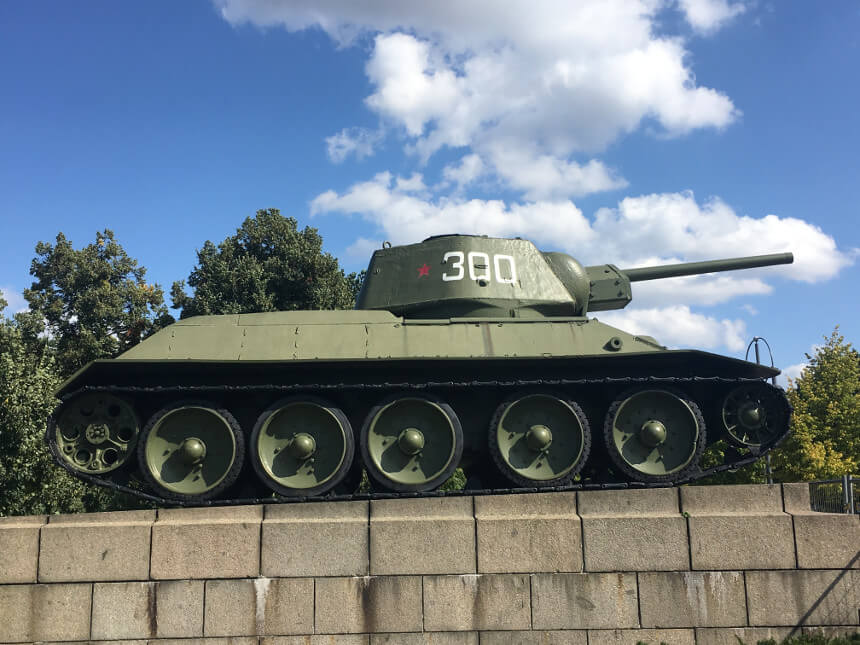 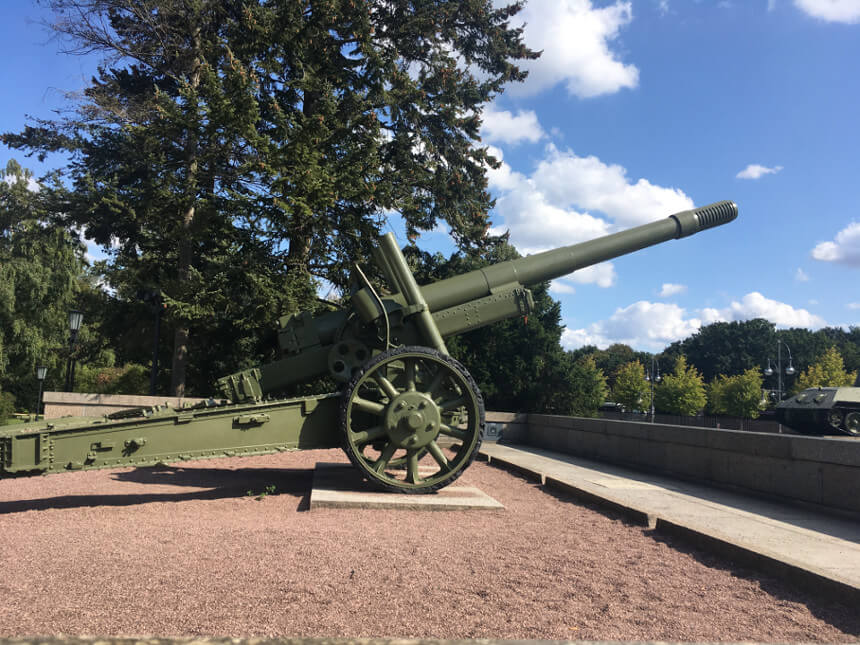 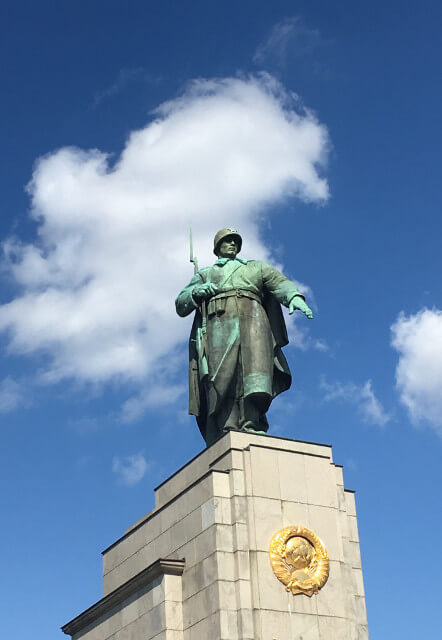 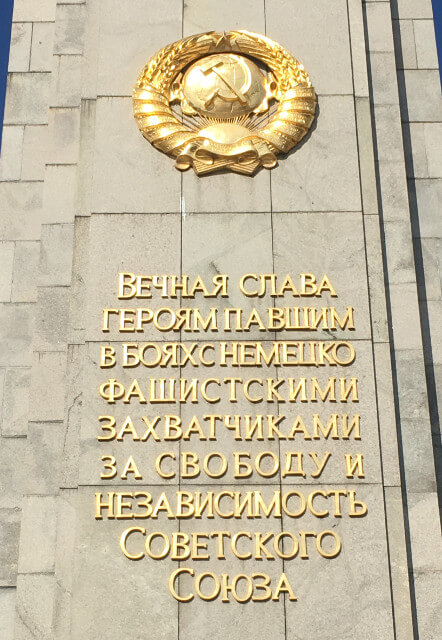 "Eternal glory to the heroes who fell in the battle against the German fascist occupiers for the freedom and independence of the Soviet Union!"

At the end of the Cold War, agreements were signed, giving the city of Berlin the custody of the memorial.

Why you should go there

While the Treptower Park Memorial is more impressive in size, the Tiergarten Memorial has a much stronger meaning. Its symbolic location, in the light of Berlin's political history, makes it a place of history in its own right. It is also the most accessible of the memorials due to its proximity to the historic centre, close to the Parliament (Bundestag) and the Brandenburg Gate.

Map of the Soviet memorial in Tiergarten

The Russian memorial is located in the Berlin Mitte district, 5 minutes walk from Brandenburg Gate Square, before the victory column. The address is: Straße des 17. Juni.

Opening hours:
The memorial is open every day, 24 hours a day.

Take the U55 and exit at the Bundestag station. The Mauerpark is located in Prenzlauerberg, 5 minutes walk from the Eberswalderstraße metro station on line U2. From Eberswalder Straße, take Bernauer Straße and you will come to the park (this is the street perpendicular to the underground).